Shareholder disputes are unfortunately common in small companies. This article looks at one possible remedy; a petition for unfair prejudice pursuant to section 994 of the Companies Act 2006.

Shareholder disputes often begin where a shareholder in a company believes that actions have been taken (by either the directors of the company or other shareholders) that prejudice their shareholding. In such cases, the prejudiced shareholder may ask the court for a declaration of unfair prejudice and an appropriate remedy. We looked at an example of this type of claim from last year here.
These claims are commonly known as minority shareholder claims. In truth, however, a true minority shareholding is not required. Many claims are brought by equal shareholders in companies run as quasi-partnerships. Quasi-partnerships are small companies (usually two or three members) where all the shareholders hold equal shareholdings and are also directors. In such a company, there is a legitimate expectation that all the shareholders/directors will have a role in the management of the company. Although they are limited companies, they are often run in the style of partnerships, hence the name quasi-partnerships.
Unfair prejudice petitions are personal actions; they are brought by one shareholder against another (or others). It is important, therefore, that the company itself remains neutral in these disputes. The defendant shareholder must not use company assets to pay for the defence of the claim.

What is unfair prejudice?

What actually constitutes unfair prejudice will depend on the facts of each case and there is no definitive definition. However, certain types of behaviour are commonly encountered in these sorts of claims.
In larger companies, the unfair prejudice will often take the form of financial mismanagement. A decision to dispose of company assets in a way that is unfavourable to the shareholder. Or it might be a failure to declare dividends.
In small companies, the unfair prejudice will usually be actions taken to freeze one shareholder out; either out of management or possibly out of the company as a whole. This is particularly common in quasi-partnerships, where what was once a close and productive relationship, may sour and turn to resentment. For example; where the founding shareholders/directors no longer share the same vision, or where one considers that they are effectively carrying the other.

What remedies are available?

Is an unfair prejudice petition the correct approach for me?

This will often depend on whether you wish to remain in the company, and the nature of the prejudice. An unfair prejudice petition is often a blunt instrument and will lead to the sale of the prejudiced shares or the winding up of the company. If the company is profitable, then you may not wish to sell your shareholding. In this case, it may be better to consider an alternative remedy such as a derivative claim. I will look at derivative claims in my next article.
Our commercial disputes team are experts in dealing with shareholder disputes. We offer a FREE initial consultation, and offer expert advice. Call us today on 0800 9887756. 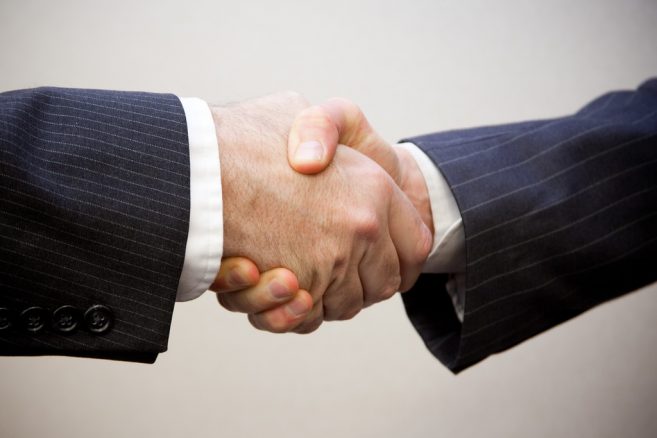 The Importance of a Lasting Power of Attorney

What is a Lasting Power of Attorney? A lasting power of attorney (LPA) is a legal document that lets you appoint one or more people as an ‘attorney’, who have the power and authority to help you make decisions on your behalf if you lack mental capacity and can’t do it...

Personal Injury Trust (PIT) What is a PIT? If you currently receive means tested benefits and are due to receive a compensation payment for an injury, you may lose some or all of your entitlement to the benefits if your capital goes above the capital limit. Placing a...

What our Clients Say

"Very friendly and professional, a nice company to deal with."

"Keep up the super service, we are over the moon. Thank you."

"We found Levi's to be very professional, helpful, friendly and totally efficient."

"Cannot fault anything! Thank you so much for everything."